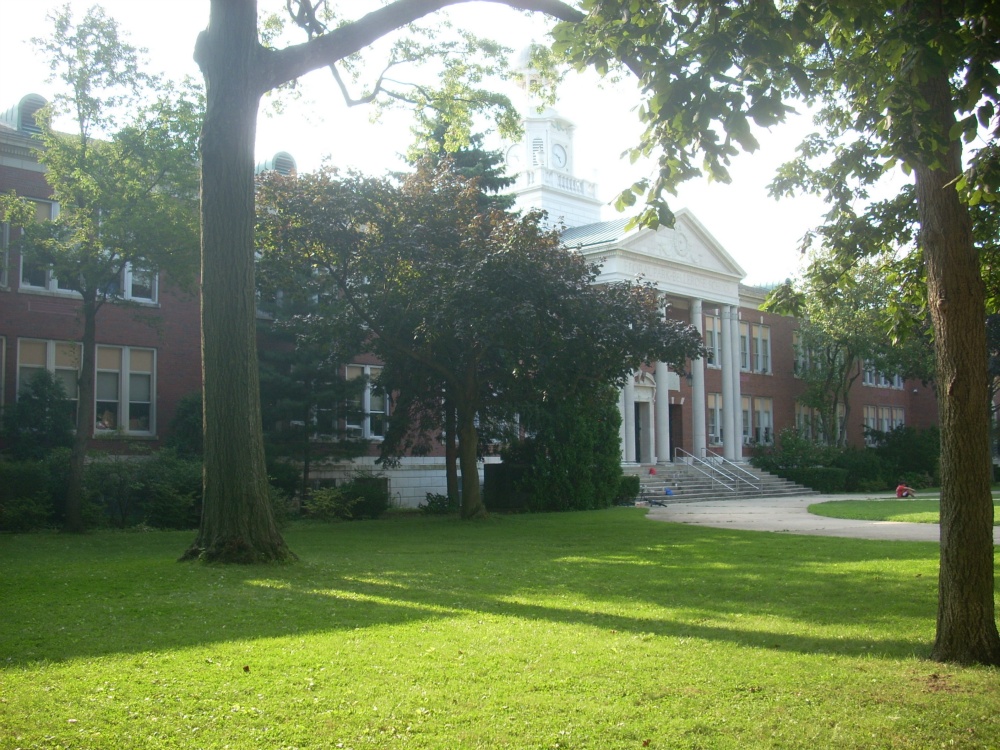 Back in the 1920s the West End of our village had a slightly different form than it has now. The field behind the Floral Park-Bellerose School was still part of Belmont Race Track. Before the school was built Floral Boulevard extended past Larch Avenue and ended at the same point/distance that Poppy Place, Crocus Avenue, Hazel Place, and Mayfair Avenue do. On that one block section of Floral Boulevard two houses were built. When Floral Park-Bellerose was going to be built both houses had to be moved. Floral Boulevard was then terminated at Larch Avenue. My grandfather Walter G. Gosden bought several plots of land here in 1924. He built a house on the south side of Floral Boulevard shown on the left while under construction in 1925. He is the man standing to the right in the photo. When the school was built he moved the house to the south side of Hazel Place shown in the vertical photo just after it was moved. It is #14 and is still owned by us. The house that was built on the north side of Floral Boulevard still exists also, now on Larch Avenue. It was moved back and then east to slot it in-- if you see the house now, the front door faces the driveway. 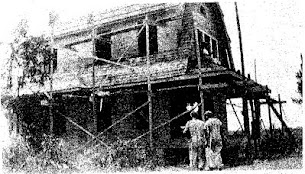 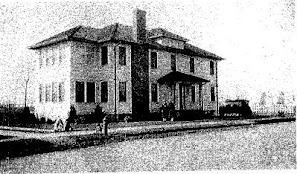 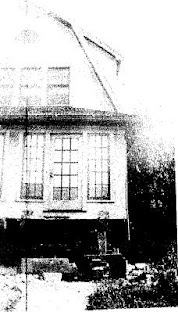